Controlling Light on a Chip at the Single-Photon Level

Integrating optics and electronics into systems such as fiber-optic data links has revolutionized how we transmit information. A second revolution awaits as researchers seek to develop chips in which individual atoms control the movement of light within the chip through optical "wires," and photons could replace electrons as the vehicle for performing computations. Andrei Faraon (BS '04), an assistant professor of applied physics and materials science in the Division of Engineering and Applied Science, presents a preview of this revolution at 8 p.m. on Wednesday, December 17, in Caltech's Beckman Auditorium. Admission is free.

A: My field is nanophotonics, which means that I build ultrasmall devices to control light. Electronic devices use silicon chips to control the flow of electrical charge and to store it. We're trying to do the same thing with light, using single atoms or small ensembles of atoms that act like the transistors in electronic circuits. We're building devices out of complex oxides that are similar to glass, or to quartz, but contain atoms called lanthanides that have very interesting optical properties. Lanthanide atoms can absorb light and then release it on demand at some later time. So we're making a memory device. We want to take a single photon, put it in this device, and then push a button and release that photon back into a larger optical circuit.

These devices look like the world's smallest Toblerone bars, except that each tiny triangle is attached to its neighbors at the tip instead of the base. Each bar is about ten microns long, which is about the diameter of a red blood cell, and we make them using techniques similar to those used to make computer chips. The only difference is that we're not using silicon, but these complex oxides containing lanthanide atoms.

In order to use these devices, we would have them connected to one another by on-chip optical waveguides, or to a larger system by optical fibers. The signal would come in through the fiber, get stored in our Toblerone bar for a while, and then be released back into the fiber at the appropriate time. We dream of someday having billions of components on the same chip, but even one bit of optical memory can be useful.

Q: What would you use a one-bit memory for?

A: It can be used in systems that transmit information with absolute security by what's called quantum communication. You can create an absolutely secure cryptographic key by sending a sequence of single photons, one at a time. Then you use the key to encrypt your data, which you can now send openly over the Internet. The systems that generate these keys over long distances are based on you sending a series of single photons from point A to point C, and a recipient sends another series from point B to point C. At point C you perform an operation on the photons, you combine them in some way, and that is used to establish the key.

However, optical fibers are not 100 percent efficient, especially over long distances. When you transmit photons through hundreds of kilometers of cable, some of them are going to get absorbed by the fiber. This isn't a big problem when each bit of information is encoded in a big pulse of light, but quantum communication depends on being able to interfere two paired single photons with each other. Many times when the photon from point A arrives at point C, you will have to store it until the photon from point B comes in. It might take a few tries before the second photon arrives, and until then the other one just waits for it.

Q: How did you get into this line of work?

A: When I was an undergraduate here, I really liked quantum physics. But I also had a passion for doing things that have some applications, so I went into applied physics for my PhD at Stanford. Transmitting information via cryptographic keys is one of the applications of quantum physics, so I got into this field for my PhD, and continued it during my postdoc at HP Laboratories, and now as a faculty member here.

Q: Bonus question: What's it like coming back as a professor after having been here as a student?

A: It feels great. Coming back to Caltech is a privilege. As a faculty member you have the satisfaction of working with all these extremely smart kids. And my wife [Assistant Professor of Biology Viviana Gradinaru (BS '05)] and I go to many undergraduate events where we connect with the students, so it feels good.

Named for the late Caltech professor Earnest C. Watson, who founded the series in 1922, the Watson Lectures present Caltech and JPL researchers describing their work to the public. Many past Watson Lectures are available online at Caltech's iTunes U site. 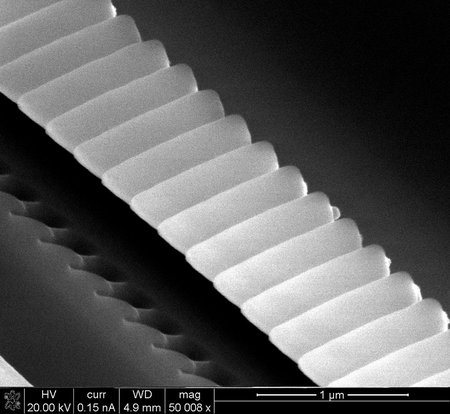 A nanoscale optical device that can be used as a quantum memory for photons. Milled from yttrium orthosilicate and doped with neodymium ions, the device (white) looks like the world's tiniest Toblerone bar. Credit: Tian Zhong/Caltech
Image Gallery Lightbox 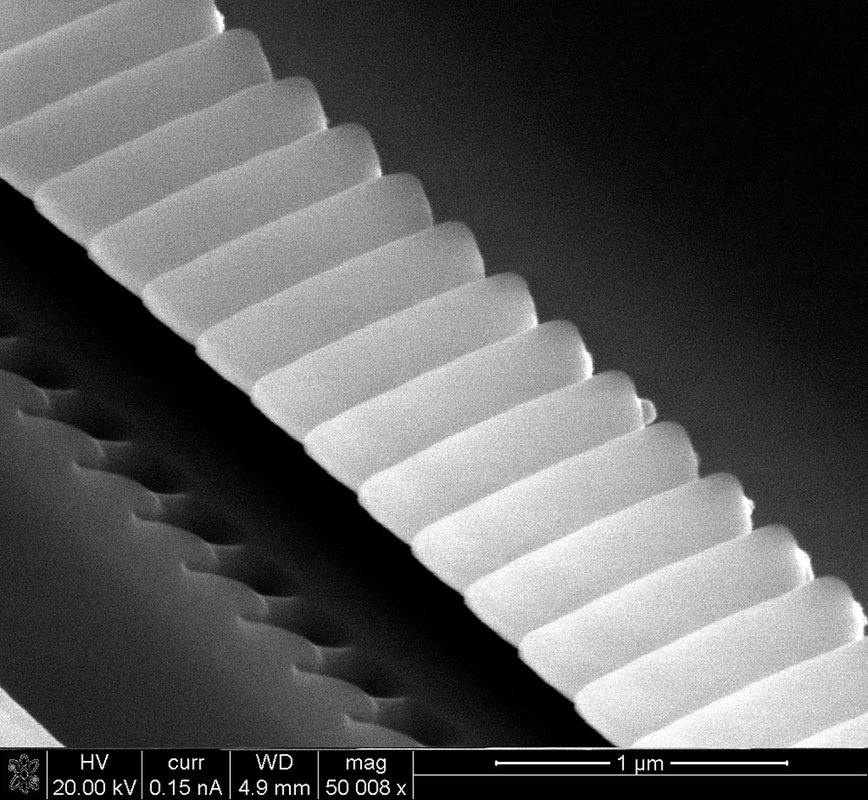 A nanoscale optical device that can be used as a quantum memory for photons. Milled from yttrium orthosilicate and doped with neodymium ions, the device (white) looks like the world's tiniest Toblerone bar.
Credit: Tian Zhong/Caltech
Download Full Image